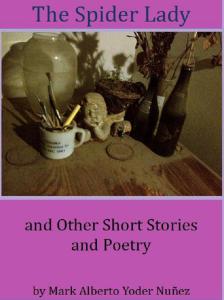 The night is perilous, dark and cold
The lonely bird sits perched on his roost up above in the
highest branches of the Tree
Keeping still, trying to stay warm
Eyes sometimes closed, sometimes opened very narrowly
Alert, wary of the slithering or gentle padding
The rustling that is not the gentle, night breeze
The anxious breath held in check of creeping, predatory night
creatures
The feline stealth, the restless serpent tongue
The night so dark and ominous as it were Eternal and never
again the glad sight of familiar Day to be seen
The chill, morning dew oppressing the Spirit
But at last the slowly growing light of the Dawn
The bird feels rested, the Spirit renewed, as the fingers of
darkness and chill retreat Optimism returns
He shakes the dew from body and wings, his heart soars with
gladness at the prospect of a New Day
Then what notion is this? He’s already begun to sing
A joyful but lonely song peculiar only to him
The same song but the song is never exactly the same
And he can’t help but praise himself for the unique beauty of
his own song
Soon he hears another song and another and another
Soon he is but one voice among choruses of songs
Different melodies but with brilliant counterpoint
As the Morning grows brighter and warmer
The humming and buzzing of insects joins the orchestra
But the clever bird is the master musician, varying his song to
each nuance of the symphony
He freely improvises across his vast accompaniment
Sometimes in the foreground, sometimes diminishing
Allowing a dramatic pause then rejoicing with renewed
exuberance and vigor
His joyful but lonely song is true, an Inspiration
Then the Music has built to its crescendo, spiritual fulfillment
achieved
The Song begins to rest
Some birds still chirp, crows caw, another Day
The lonely bird takes to the Freedom of Flight
He does not know what the New Day will bring
But he knows before the Day is ended he must fly high

Feel free to add some forum comments on My Amazon Page!